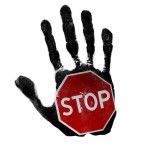 Domestic violence is a huge problem and needs to be addressed from various angles. That’s what we are doing with our  guest blog today.   I am delighted to welcome Jennifer McGregor.  Jennifer is a pre-med student who loves providing reliable health and medical resources for PublicHealthLibrary.org users.  She knows how difficult it can be to sift through mountains of health-related information on the web. Jennifer co-created the site with a friend as a way to push reputable information on health topics to the forefront making them easier and quicker to find.

Domestic violence affects nearly 12 million people each year in the U.S.  While violence manifests itself in different ways for different people it is often exacerbated by drugs or alcohol. Substance abuse can lead to many types of behavior but the real problem lies in the abuser’s inability to control their impulses. Drugs and alcohol seriously impair judgment and heighten emotions which leads to dangerous behavior when paired with impulsive actions.

A 1994  study showed about 50% of the accused in fatal domestic violence situations had been drinking. Even when the abuser is sober, the chances are heightened for him or her to abuse drugs or alcohol–as many as 61% reportedly have a problem.

Not only do abusers have an increased risk for substance abuse, their violence increases the possibility for drug and alcohol abuse with the victim, as well.

Some of the ways abusers express violence towards their intimate partner include:

In some cases the abuser succeeds in murdering his or her partner. When this makes the news it is often greeted with disbelief as to how or why the victim chose to stay in such a horrific situation. The truth is, most abuse victims either don’t believe they have a way out or are afraid to leave and risk retaliation. In many cases children are involved.  They become unwilling pawns in the relationship between their parents.

Sometimes, people who abuse drugs or alcohol do so to cope with undiagnosed mental or emotional disorders, which can be exacerbated by the substance. It’s very important for an individual who believes they are suffering from a disorder to get a diagnosis and treatment, then seek help for the substance abuse issue.

It’s imperative that victims know their rights and that they are not alone; if someone you love is living with an abuser, let them know that they have options. Women, especially, are at risk for domestic violence; the statistics, according to FuturesWithoutViolence, are alarming.

“On average, more than three women a day are murdered by their intimate partner in the United States,” it says. “Nearly one in four women in the United States report experiencing violence by a current or from a former spouse or boyfriend at some point in their life.”
Jennifer McGregor  PublicHealthLibrary.org