I’m so pleased to have this article by Chloe Pearson on suicide prevention because any life lost to suicide is a tragedy and whatever we can do to stop it is needed. So many of our community of those victimized by narcissists become deeply depressed and turn to drinking, drugs, and other escapes from the pain. Suicide is the ultimate escape. Because I have called 911 to get a  friend to the hospital  because he no longer wanted to live due to the abuse of his narcissistic ex spouse, the issue of suicide is close to me. Let’s hope it isn’t to you and many thanks to Chloe for the work she does to make sure it isn’t close to anyone. Knowledge is power. 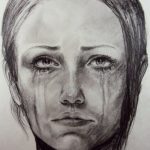 Suicide: How to Help the People in Pain and address the Stigma  by Chloe Pearson

Suicide affects millions of Americans every year; the victims, their families, and the people who played a part in their lives every day. It is the third leading cause of death in young people aged 10-24 and the tenth leading cause across all ages, yet there is still a large stigma associated with it that keeps many people from talking about it.

One of the keys to preventing suicide is spreading awareness so that many individuals will be educated on the warning signs, how to approach someone they are concerned about, and how to seek help for oneself or for others. This can start at the family level or at school, where counselors should be trained on what to look for.

Because it can be tricky to sort out signs of depression or suicidal thoughts in teens–whose emotions tend to run all over the spectrum anyway due to hormone changes and the inability to cope with their feelings in a mature way–it is especially important for teachers and counselors to understand the difference between a young person who is at risk for self-harm and one who simply needs a little extra help as they navigate school and changes at home. Some of the warning signs and risky behaviors can include:

It’s also important for the general public to be aware of the groups who are most at risk for suicide and why. These groups include veterans, individuals living with PTSD or depression, people who suffer from undiagnosed mood or mental health issues, and the LGBTQ community. Young people who identify as lesbian, gay, bisexual, transgender, or questioning are especially at risk for depression and suicide because they are a section of the population that is often targeted by bullies, hate groups, and unfair treatment due to discrimination. If you have a loved one who falls into one of these groups, let them know you are there for them and offer to help them find a counselor or therapist who can assist them in finding ways to cope.

Drug and alcohol abuse can also take a toll on a person who is having suicidal thoughts. For many, the abuse starts because of an event or life change that led to a feeling of lost control. This can include–but is not limited to–witnessing a disturbing event, being in an accident, having chronic pain or discovering serious illness, suffering physical, emotional, or sexual abuse, or losing a loved one. Alcohol is, for many, a way to find sleep when it is elusive due to nightmares or stress, and drugs are often employed to take away emotional pain. Dealing with the substance abuse is imperative and must be handled carefully and separately from the suicidal thoughts or behaviors.

College can be a big change for many students, especially those who are starting school in a different state, away from home and family and friends. It’s important for students to have access to resources that will allow them to cope with all the changes school can bring and seek help should they begin to have trouble with depression or dark thoughts.

If you have a loved one whose behavior is cause for concern, don’t be afraid to speak up. Doing so might just help save their life.