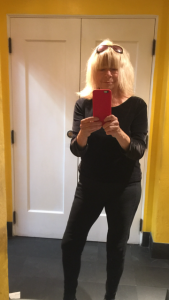 Dumb Blond has put together an instruction manual for

If you’ve ever had a bad relationship, or felt life hasn’t been the one you wanted,  or think, “it’s time for me!”,  there’s no time like the present for a little do-over in life.   If you’ve heard enough dumb blonde jokes or other put-downs,  RECLAIM LIFE and have a ball!   Whether you are 25 or 65, it’s never too late to have some fun and change the program.  These are a few of my favorite things…for all blondes, brunettes and redheads, real or otherwise.

…. full of cut to the chase, no nonsense, witty tips and research, ( get inside a man’s brain!)  It’s fun and funny and real.

Dumb blondes do not live where wedding dresses cost more than a down payment; where men promise, “I’ll take care of you forever”; where sex and aromatherapy candles are pair bonded; and think that anyone cares how many threads are in your sheets.  If this is what you think happiness is, you are as delusional as any schizophrenic talking to the voices in his head.  Leave. The tickets are free up until divorce, after that you pay a premium.

Men’s brains are 11% larger in the anger and sex drive areas.

As a woman, and a life-long blonde, from baby to bottle, I’ve had to put up with a lot of stereotypes.

My consciousness was raised when I was eighteen and between my first and second year at the University of Pennsylvania.  I took a summer class – a graduate seminar – in American Studies and was the only female in our
small group.  I was also the only one who enjoyed Jonathan Edward’s
sermons and discussing Puritanism. The stories of the sermons were
fascinating – I loved how they were used to get the point across.  It didn’t rub off on me because within 3 months I was pregnant, but that’s a horse of another color (he was brunette).  Lesson – it’s possible to have a hot sex life with a recent law school grad and still enjoy the theatre of the mind, – oh yea, and have a babyin the middle of college. Back to the seminar – I got all A’s in papers, class discussion and exams. I was shocked when I got a B.

Fast forward a few months to a conversation with my father, a doctor. He told me a patient of his was surprised to learn I was his daughter and if he had known, “I would have given her the ‘A’ she deserved. She was the best and brightest there. I didn’t because every other student needed an A – they needed them for grad schools and well, they were men.”

I just got angry again revisiting that bit of chauvinistic crap that really is a part of American Culture. So, University of Pennsylvania, if you want to go back and change my grade, I’ll take it.

Life is short, one life, one time, what are you waiting for? Order it now

I’m taking it back from the dumb blonde jokes page, the stereotypes, the misogyny, and bringing it up front and in your face with all its built in cognitive dissonance.

I’m taking it back for all of us who have been stereotyped for any reason of hair color, skin color, accent, or anything else. The paradox of any group singled out as the target of a joke is that some of the jokes really are funny. But good jokes aren’t funny because the target is blonde or Jewish or Muslim or drunk; the joke is funny because we see the juxtaposition of a person and event in an unusual and unexpected way. Though some of the jokes may be funny in that interchangeable way (substitute Jewish for drunk or Catholic for blonde) some are funny at the expense of the group in a mean-spirited and sometimes vicious manner. Being called a dumb blonde has been used too long by men who objectify (“Look at that ass!”) and try and control women, and also by women who want to feel superior to other women. Well, they’ve owned the term too long. It’s in my hands now and soon it will be in yours.