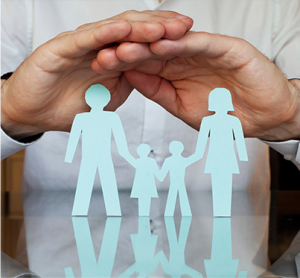 The Collaborative Law God and I

The rains came, the windows broke, the Lord looked down and said, ‘What’s the matter? Can’t you take a joke?”

What a ride its been. if anyone had said when I was born, ‘Little girl, the story has no glory, here it is, decide if you want the ride.”

What oh what would I have said?  “Send in make-up, I’m good to go.”? Or would I have taken one look and eased back into the ether taking my chance on the next turn of the karmic wheel?

We don’t get that choice.  The Fates, those beautiful mythical women, laugh at us as they sing their refrain, “You do what we want.”

Which one of you gave me collaborative law?

In theory collaborative law for divorce  sounds good.   Like a Hallmark card in action. A sweet divorce.  Remain friends.  Pop the bubbly and sing “This Land is Your Land”.  Lots of support people to do your thinking for you. It;s kind of  like exporting democracy so all can be free.  But it ends up just as much a quagmire as George Bush and Iraq because complex emotions and problems can’t be solved with a power imbalance in a method set up by attorneys for their benefit.

“Historical and moral justice is served, and moral repair is made possible, only when the healing of wounds matters.” Thane Rosenbaum, The Myth of Moral Justice

What a great idea collaborative law is: people deciding issues based on mutual respect and negotiations.

Too bad it was designed by lawyers. There is a chasm wide and deep between the mindset of a lawyer and anyone else. It is impossible for them to reform the legal system without the input of the the people to be served. The law is like a secret society, and it inputs codes in what it designs, codes to be read only by the legal Illuminati.

It looks good, it presents well, and to those who do not want the battle of the adversarial system, it looks enticing. It seduces through words such as,

“There is no moral future without a meaningful, public encounter with the past.”

But when you come right down to it, there is nothing there. That sentence, presented as an absolute is meant to calm, but it infuriates. Go behind the word salad and you find…word salad. There is no need to dialog over the past in order to get to the future. Law is based on facts and evidence. Trying to make things more fair for a less empowered person is a worthy goal, but a dialog, when divorcing, should not be part of any process. The dialog was over, done, gone, or the marriage would have stuck. Less empowered people need advocates and facts, leave the dialog for your memoir.

Engage your mirror neurons and come along with me for a ride on a collaborative law ethical violation. You have hired an attorney at say,  $350.00 per hour, two hour meeting each time. You pay for two attorneys at this price. Both attorneys engage you in a process based on honesty, transparency, and full disclosure. Should one of the clients fail in any of these,  they are thrown out of the process.  The attorneys are not expected to engage in deception and the emphasis is not on their actions.

But this process has no oversight.  Behind closed doors there is no court reporter. No digital recorder. No technology – we move backwards in time. While earning his $350.00+ an hour, the attorneys take turns being stenographers.  They are multitasking while representing a client. These handwritten notes are typed up by a secretary and this becomes the “official record”.   Should you not rebut each and every mistake,  they use your words against you.  There is no oversight.  And one of the attorneys decides to share a client’s email with the opposing counsel and now they work together against one of the clients. Oh, sure it happens all the time, but lectures on honesty fall flat with unethical, dishonest attorneys working in the background. 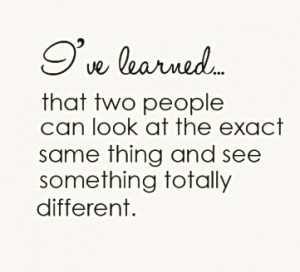 Creative law?  Oh please. I can hear it now. “Your honor, I know it’s against the law to murder, but I would like to use creative law as my defense.”

The rains came, the windows broke, the Lord looked down and said, ‘What’s the matter? Can’t you take a joke?”