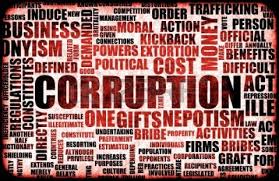 Narcissists often use words in a manner best described as word salad. They pick up cues from context and the environment and insert them into a conversation even if using them inappropriately. By doing so this makes them look as if they are engaged and knowledgeable about the topic.  It is a method of hiding what they don’t know and part of their need to look good and be admired and respected.  Most of us would rather say, “What an interesting topic, I don’t know anything about it, please go on.” Or something to that effect.

These word snippets and phrases come from my divorce. They come from motions, letters, emails, conversations, transcripts and my book.   They are random, but together show you the scope of what a difficult divorce is all about.  Make of them what you will.  He did, and the lawyers did. But meaning comes from all of us and what we do with what we have.

Divorce, and down the rabbit hole you go. Nothing is sane and reality bites.  The system is unforgiving, voracious and sucks you dry. Let’s not try and make sense out of it, but look at the words, and see if nonsense can rehydrate and playing with them can reverse the suck. These words come from correspondence with opposing counsel, letters to the California State Bar, my attorneys to me,  my attorneys to opposing counsel,  motions to the court, legal briefs, emails and victim impact statement. They span seven years.

Folks, we are just 2 people with a child trying to get a divorce and you are making this process difficult if not impossible. (written to both attorneys)
For some reason the final papers were not filed with the court.  You are not divorced. (my attorney in Divorce Attempt #1)
Patrick says he forgot to pay the filing fee. Motion still not before judge.  Nothing has been done at the court.
Jim has not paid me.

Ann vows not to mind but soldier on in the valley of the incompetent and evil and prays Judge Lucero always has good hair days.

Notwithstanding your rhetoric (a lawyer to another)

I told Jim yesterday what Anne Cone said, he called Jeffrey (or so he told me) and Jeffrey told him he knows nothing of what Anne said about not working with a contract.

My client has always been accurate and truthful in the reporting of events. (My attorney supporting me in a bar complaint against opposing counsel)

When truth is a manipulative, clients never have a chance.

When asked to write a college essay about adversity in his life, my son named attorney Jeff Kaufman. When asked how to deal with it, he said that his mother taught him there is opportunity in every crisis to grow and learn and if we can do that we will be ok.
Your comment appears interpretative rather than supportable by evidence.

He said he filed the brief. The court said it wasn’t filed. He said it was done.  Then he said it wasn’t started.  (My appeals attorney who got suspended for this.)
I called the police on my attorney. He was MIA. (My appeals attorney.)
I wrote that motion. It went to the Court of Appeals. (I ended up writing it.)
Roy taught me how to write for court but no one could tame my words when I talked to Jim.
Ann, There is Bad News and Bad News.
Kaufman told Mr. Hall he knew of the fraud.  Kaufman told the pro tem judge he knew of the fraud. (Kaufman is opposing counsel. Mr. Hall was my attorney)
The value of your political and literary efforts with regard to your divorce is that it is a powerful kind of  performance art: “This is me. That is the reality of your legal system. This is what it did to me. This is you.”  (One of my attorneys writing to me  at the end of the divorce.)
Mr. Kaufman is a spectacularly intelligent attorney in a sea of mediocrity. (However) he appears to think I like being defrauded.
This was stunningly painful. No one should be forced to be their own advocate in a system they have to learn. I feel like a rape victim learning DNA analysis to prove who raped her.
Respondent has refused to provide complete discovery after being granted extension. His attorney, Jeff Kaufman, stated “It is just as easy to subpoena missing bank statements as for Respondent to comply.”
Respondent borrowed $60,000 from his Trust and paid Ann $300.00.
I can’t feed Jamie. I am losing my mind. I didn’t know hell until I knew this divorce. When I told Jeff I had no money, he laughed and said, “Well, there’s your answer.”
And then you and Jeff touched that part of me that disallows men to use money and power over women and children.
Michael Lowy is a fraud. (My collaborative lawyer.)
I went to Stanford and they told me I am in a bad situation financially and legally causing me a lot of stress. As our son would say, “Thank you Captain Obvious.”
I have no problem in being identified with you in your divorce case. I have no problem in any way in representation of you.  (From an attorney to me in a letter.)
Ann, I don’t want to represent you anymore. (one week later, same attorney)
Kirby, we do not own Hewlett and Packard. These questions are for a large corporation, not a small business.  (My comment to attorney Kirby Burnside
My client is hurting. (Attorney Burnside to opposing counsel)
Lawyers lie. Get over it. (Attorney Kirby Burnside to me)
I’m not a divorce lawyer, but I will represent you until you get one. You can’t do this yourself. (Tax lawyer to me)
I have work to do Ms. Bradley, I am finished with this discussion. (Opposing counsel, Jeff Kaufman)
We’re going to blame the fraud on Ann. (Opposing counsel to pro tem judge in mediation)
Patrick, why bother if they make up facts and call it evidence?
I never imagined my observant Jewish lawyer was drowning in a bottle.
“Mr. Kaufman, your motion is denied.”  “But your honor….”  “Didn’t you understand my ruling?”
“So, Ms Bradley, you have one child. ”   “No, I have three.”
This spin-doctoring does not accurately portray events.
Did you lose a lot of money, Ms. Bradley?  Define a lot.  No, you. You asked the question, you define it.
I am aware of my choices. However, the other option is for my attorney to do what I need him to do. When I express dissatisfaction, telling me that I can walk away begs the question of what you can do to dialog with me in fixing the problems.
Under California Law, Family Code Section 1101(h) the court is allowed to award 100% of the undisclosed asset, plus attorneys fees, to the one spouse if the other spouse is guilty of oppression, fraud or malice. There is a biblical moral to this story.
“Unless someone like you cares a whole awful lot, nothing is going to get better. It’s not.” Dr. Seuss
The carefully laundered version of facts and proceedings  set forth in James’ brief cannot change the fact that the trial court’s  findings were based on substantial credible evidence.

” I have never been able to conceive how any rational being could propose happiness to himself from the exercise of power over others.” Thomas Jefferson

James submits that the judgment be reversed and that the matter be remanded to the trial court for further proceedings on the issues of support, attorney’s fees, goodwill, and reimbursement credits.

The courts are destructive, people are demoralized, impotent and broke: who will speak for them when they cannot?

Oh, your honor, let’s do coffee at the ex parte cafe. (me, in my book)

The consequences of the metamorphosis from negotiations to trial hit me like an avalanche gathering strength the longer it lasted. The cost was tremendous in every way. To find divorce so confrontational, whipped into a major war by a fighter attorney, was traumatic.