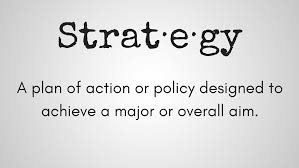 I’ve been asked why I don’t write about Donald Trump and narcissism. The reason is simple: everyone is. And when they do the majority of the writing is endless back and forth attacks or rants. Both sides are addicted to the excess adrenalin they get from bashing each other trying to ban or block those that annoy them and then come back for more of the same.

Even mild comments are responded to with hatred.

Is this a window into a viral spiral downward for civility?

I prefer action. I want to hear strategies and tactics. The response to that has been “the free exercise of speech is necessary.” So is air but not when ricin is added to it.

All the writing over the past few years on narcissism appears to have been futile. More and more I hear of spouses telling a judge, “My husband is a narcissist.”  Despite the number of times a judge has responded, “Has he been diagnosed?” it continues. Call him a jerk – that is better understood and accepted. Then show ways how. In my own divorce I produced subpoenaed evidence of fraud. He knew I had the evidence and took me to trial anyway. He and his attorney both exhibited signs of narcissism as in ‘I can get away with this, I am superior.’ They found out they couldn’t and they weren’t.

Ask: What Communication Style Do I Need?

Someone asked how to get through to Trump supporters. Forgive me if I am annoying Trump supporters by going political. I do not mean to personalize this by doing so. But it seems the time has come to write about it. We have reached a level of discourse so puerile and vile it sears the heart and brain to read it.

You reach out by not applying the same logic you would to someone like yourself. That will never work.  You understand the reason people voted for Trump and not try and undercut that. If you do you then have to deal with raw emotion which is counterproductive. You leave that foundation alone because they want to defend it.

Instead you do what anyone in a relationship with a pathological does in order to survive if you need something from them: make them feel temporarily important.  That gives you an opening for movement.  It buys you time to plan and act as they bask in the glow of feeling good.  When Trump felt he might win a Nobel Peace Prize he was for an alliance with N Korea.  If he thinks keeping American jobs is primary he will work with Elon Musk and come out looking great. Musk’s factories, battery, Tesla, etc hire a lot of Americans. Too bad people started withdrawing their deposits for the Model 3 – that’s  working capital and Musk had to leave Donald. That benefitted no one. This type of strategy and tactics takes people willing to give up their enormous rants thinking that telling a Trump supporter how dumb they are will make a difference.   Or insisting that if they will only listen they will see the light. Fighting from facts is not a tactic. It’s the fool’s paradise that takes the path straight to “It should have worked but they are too dumb to get it”.

All the patriotic words and call to action is as ineffective today as it was yesterday.  The psyche of the individual needs to be included in making change happen. It’s not easy in politics just as it isn’t easy in your family or relationships. That doesn’t mean there is no answer. It does mean you need to think with a clear mind and not an emotional one based on: “I got him blocked!”, “I won this one!”

Because…..at that level, you get more of what you don’t like.

And most recently Trump and Putin’s meeting proved the point: highlight the narcissist, talk about him and you will get him saying anythi 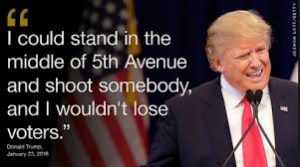 ng, because there was no strategy in place to rein him in. Rants are fuel – this should have been second nature knowledge with all the ink spilled on narcissism. Listen carefully to the words of the narcissist, they are far more important than the next post bashing frenzy available 24/7, around the globe, digitized for your enjoyment.