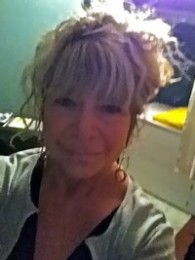 The system of family law is inherently flawed. It is adversarial where it need not be, and when it needs to be strong it often fails the client.  Civil Codes and family laws are ignored. Lawyers perjure themselves for their clients, make character assassinations and other heinous acts as routine as filing a motion. Lawyers are abusive, expensive and when they become the problem instead of the solution, it’s time to say so.

I first learned this in my own divorce – where better to learn than firsthand?

I was caught in a huge attempt at concealing fraud, with my husband and his attorney in collusion to conceal it, then Kafkaesquelike, planning to blame it on me. They announced this at a settlement conference when asked by the pro tem judge, “Why are you going to trial, there is evidence of the fraud?”

With breathtaking nonchalance, opposing counsel prepared to assist my husband in implicating me in fraud.

At the time I thought I was the only one anything like this happened to. Over the years I have come to learn how common it is.

It took a lot of discovery to unearth the fraud including subpoeanas of clients. I won, but the cost was high. If opposing counsel not been so malignant in encouraging the fraud upon the court, it is possible we might have settled. But how would he earn his $350.00 an hour if we settle? Greed and ego play a big part in the cash cow known as family law. After losing at trial, he wanted an appeal, which they lost. Still on the warpath, opposing counsel wanted to go to the Supreme Court. However by now, my ex had spent enough on his losing battle and stopped the war.

Recently in Dallas there was a judge so incompetent she thought she had the right to eliminate evidence proving sexual abuse. She was exposed and did not get re-elected, but the trauma to the people in her court is severe and they suffer still.

In California, I recently read a transcript where the judge knowingly begins a trial at the wrong time and without both sides present. He ignores this and proceeds without the mother. This was a custody trial. Can you imagine the lack of judicial ethics to begin a trial at the wrong time? Due process? Gone. Constitutional rights? Ignored. This is family court.

In another case, a Silicon Valley attorney announces she is a ‘prima donna’ as if that excuses her abusive treatment of clients, and worse, the outrageous billing for doing nothing. She told one client: “Don’t do discovery. Go ahead and lose and we’ll get the money later.” Really? I hope one of her clients files a bar complaint or sues for malpractice. She should be flipping burgers not bon mots.

Shocked, stunned and filled with rage at the lack of human compassion, at the malignancy that was this process, I felt trapped. But slowly, a change was washing over me. The more I learned about narcissism and evil, the more I gladly wore the badge they pinned on me labeled “target” . They were working very hard to “get me”, so hard that they had to recreate a world in which I am expendable and they are to get their way. Oh, dear husband, you never focused on me during the marriage as you did then. With humor and grace, as Richard Cohen puts it, I look with amusement at how much time, energy and money he directed at me now.

I was distraught, depressed and angry. Alexander Hamilton said, “The first duty of society is justice.” Where the hell was it?

Divorce lawyers taught me not only are women supposed to be inferior, they run their cases as if we actually are. Divorce is a paternalistic system, even with many female attorneys. It is built on control, concealment of information, and a swirl of paperwork that makes the process understood only by the anointed few.

Sometimes I think “law” is an acronym for lawyers against women. While all the men exit stage left, let me say I also believe the law can be an equal opportunity bastard and be unjust, unfair and biased against anyone or anything.

Why is Divorce Often Harder for Women?

Women are not trained to fight and divorce can be war. Women do not believe it will get dirty and nasty. They do not see their spouse as one who can and will do things which harm everyone including the children. But when money and ego are involved spouses can act without a conscience. You may be amazed at the transformation of your spouse, morphing from someone you knew as kind and compassionate to a stranger who fights with a passion.

With an aggressive, greed driven attorney behind him, he can become brainwashed and encouraged to whip himself into a frenzy.

Money translates into power in the legal system. It allows those who want to punish their spouses the ability to do so legally. As long as there is money, there is someone to represent them.

Inquiring minds want to know: is it possible to have a positive legal experience when dealing with a group of people who believe the truth is a manipulative?

You can read the entire story here: Divorce and Lawyers