Divorce with a side of Manipulation & Control 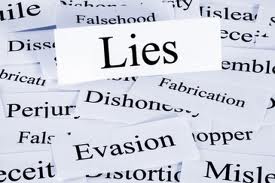 Some are manipulated, controlled, harassed, or assaulted in some way and can’t figure out how they got there or how to get out. What is confusing is that the perpetrator tries to make them feel as if they deserved to be treated this way. However, these actions are never right, and they must stop.

What are some of these actions?

They include put downs, outbursts, humiliating remarks, lies, “gaslighting”, rages, assaults, yelling, intimidation, threats, belittling, betrayals, judging and criticizing. The reaction can be a mixture of rage, fear, timidity or confusion. Quite often the person controlling or manipulating is trying to define the victim so his actions are validated. If lies are told about the victim, making her appear in a negative light, the abuser then feels justified in his actions. At this point, he may enjoin others in his betrayal and manipulation by telling them lies about her, and by portraying himself as the victim he is rewarded with their sympathy.

Divorce
One situation where we see this happen a lot is divorce. There is much to be gained by controlling the spouse you are divorcing and manipulating the situation to your advantage. Perhaps one spouse wants a divorce and begins attacking and criticizing the other to put them in a vulnerable position. Now, he can say, “look, you can’t do anything right, you don’t know what to do.” She is frightened and intimidated and cowers. He tells her how the divorce will work, what “belongs” to him, what he will take and what she can have. Or, he begins the popular “she” statements to make the victim look bad with attorneys, judges, evaluators and anyone else he wants to have on his side. “She can’t do anything.” “She can’t understand numbers” “She harasses me.” “She won’t stop communicating.” “She’s too emotional.” “She can’t cook.” “She can’t drive.” “She’s only after money.”

<>Lack of Preparation
After many years of marriage and taking care of children, many women are not prepared to fight back against the lies and abuse. They become emotional and this is just what the abuser wants. It makes him look calm and in control, and the judge sees an emotionally fragile person in the woman . A victim IS emotional. It is the normal reaction to being abused. But in a divorce a controller will work very hard to convince others he is the normal one. Briefs and declarations will be written with lies and it can be very destructive. The more the manipulator convinces others of his lies, the more justified he feels and the more “alive.”

One perceptive controller can engage an entire family in his “separate reality” and turn them against a family member who becomes the bewildered outcast. Or the neighbors can be “warned” of someone and the person will never know why they have been targeted. What the abusers do not realize is that their own lives will become increasingly horrific and chaotic from their abuse. They are shocked to find themselves in endless battles, litigation and paying enormous attorney fees to disentangle the escalating chaos they have created.

<>What can you do?
There are many things , depending on the situation. It is helpful to find a validator who can help you regain a sense of self to fight back. In conjunction with that, we speak the truth, we do not respond to nonsense as if it were reality, we escape, we help others, we protect our children, we look the abuser in the eye and say, “What are you talking about?” We make sure we are safe. We recognize our boundaries and do not let others cross them. We connect with others, and we wake up to our own strengths. Trauma can expand us and help us grow, it does not have to destroy. And we know that change is a reality, for ourselves and for the controllers. Sometimes, they wake up and see the chaos and the destruction and they stop. But we can’t count on that and we have to save ourselves. If this is being used against you in a divorce, document the lies, the nonsense and the many ways he manipulates. Remain calm and the lies become obvious as the manipulator loses control. Read books and websites on narcissism, verbal abuse, and learn to recognize the signs.

You are not alone, you can define yourself, and you can survive and thrive.

Safety
If your controller is physically abusive, do not do any of the above if you sense it will harm you. Physical abusers need to be left. Contact a therapist or someone who can help you make a plan to leave. Being confrontational with a physical abuser is not the best way to take charge of the situation. Take it slow, set aside money, have a support system and be sure you have a safe place to go. Warn the police or a domestic violence shelter if you want others to knw you are afraid and might need help.

Learn what it’s like so you can plan, strategize and survive: Divorcing a Narcissist: Divorce and Lawyers