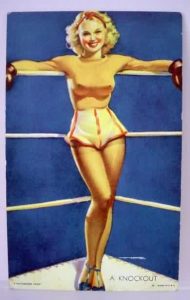 My Neurons Make Me Do It

People ask if I am afraid of writing about the ethical lapses of a judge in Texas with ties to the Bush family or her cohorts that manipulate the system to their advantage. Or do I worry about writing an unflattering piece about an L.A. divorce attorney who could teach Houdini a trick or two? Do I worry about making fun of Palo Alto lawyers who teach ethics and turn around and share private client emails with one another throwing ethics out the window? Or sending proof of fraud of an attorney to his peers?

Of course not. This isn’t the stuff in life to worry about. I worry about why my low carb diet isn’t working this time and why hiking and biking aren’t the easy ways to lose weight they used to be and why children have to die in wars.

My brain isn’t wired to worry about what will happen if I unmask certain truths. Let the chips fall where they may. A made up story told to me long ago and a chance to uncover the truth began a neural pathway that determined future action. I was nine or ten when I couldn’t stand not knowing her one more minute and I grabbed my birth certificate and walked for two miles to introduce myself to my birthmother.

I didn’t like the made up story and hidden truths and I especially didn’t like being told it didn’t matter who she was or where I came from. Of course it mattered, and I was curious. Everybody else had a birth story, but not me. So I took my information and went to find my mother. I didn’t find a mother at that house, but this was the beginning of a quest for information that is second nature to me now. The psychological imperatives that fueled a journey like this creates a neural pathway that lights up when I hear: “No, you can’t say that, know that or do that.”

Oh, fiddle de dee I say to all of that. Jeffrey Kaufman, by the time you told people you were going to have your client pin a crime on me and have him get off scot free, you met your match…your lies and my neural pathway intersected and you had a bar complaint, a press release, an ebook, a website and a letter to the President of the California Bar all telling the story of what you tried to do. Diane Snyder, if you think I made up the story of your attempt to run over a process server why haven’t I seen a cease and desist instead of whining to the judge, “they don’t like me on the internet”? Former Judge Susan Rankin when you refused to let expert witnesses testify to help a mother, you too ran up against my neural pathway that lights up with deceit, untruth, hidden truths, and attempts to remake reality. John Zervopolous who “might” give custody to an abuser, Gail Inman who was told of abuse by a child and decided not to report it, Judge Marilea Lewis who also lets an abuser have custody and only recuses herself when a picture of her with her lover is about to be identified in open court — oh, you have all run up against my neural pathway.

As time goes by and I place my earliest unmasking of a story in context with others, I see it boil down to an engine of injustice propelling so many quests. Little feelings morphing into big ones that say, “This isn’t right. I have to do something about it. Why doesn’t someone say something?” And then you figure it out, “someone” is you.

If you find yourself in my writings and you find me unmasking a story, a lie, a need for glory at someone’s expense, a use of power to get your way, don’t blame the messenger — my neurons made me do it.