That’s what Palo Alto family law attorney Kirby Burnside said as we were reading a letter from opposing counsel Jeffrey Kaufman. I pointed out lies and she said, “Lawyers lie, get over it.”

Recently I filed a bar complaint against Robin Towse of Santa Cruz for lying. Her response to the Bar was that she “had a right to zealously defend her client and was beholden to no one else’. That her lie impacted many and disrupted lives is not what the legal system means when it says to zealously defend your client (who happens to be 25K past due in child support) 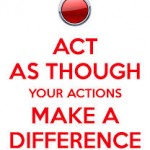 When a pro tem judge in Santa Clara County was mediating a session during my divorce and she asked Jeff Kaufman why he was taking this to trial because “Ann has enough evidence to bury your client.” he replied, “Because my client is prepared to lie.”

A spectacular loss at trial was the result of his actions/defense of his client which was a big win for me and my attorney, Patrick Hall. (Thanks, Patrick.) Jeff compounded his loss by taking the case to the Appeals Court where he lost even more spectacularly when they gave me more than I asked for – plus case law to back it up. (Thank you, 6th District Court of Appeals, California)

The point of all this is as Winston Churchill said, “When you are going through hell, keep on going.”

They took years for their ignorant, aggressive battle. But post traumatic growth is real and eventually the ex and I communicated and worked out re-payment of the Judgment monies. I let it go for years and when he was ready to repay and asked for a reduction in interest, I agreed. The monies have been repaid now and lives go on.

What I learned from the recent Bar complaint against attorney Towse of Santa Cruz was that egos and corruption and lies and danger will always lurk systemically in the system but you can do your part by exposing it. Shine light in a dark room and the roaches scatter. In the case with Ms Towse she used the word choking in her motion because the Santa Cruz DA’s office had recently let it be known, “If you want my attention in a child abuse case use the word choking.”

He’s up for grabs, folks. Misuse of a word to indicate a felony that has not occurred is a crime. Inciting lawyers to commit a crime is reportable to the Bar which is actionable. I have Bar Complaint Fatigue so I won’t be writing this one. But please feel free to let the CA Bar know if you feel like exposing more corruption. DA, Santa Cruz County, California.

Ms Towse withdrew from the case. No charges were filed because in fact, no choking took place. And folks, when you write a bar complaint, be sure and cc the attorney to let them know: I see you, the light is on and it’s your turn for sleepless nights. You earned them.

For the full story of my divorce from the day he said, “I owe you lots of money, I keep a double set of books.”, to the appeals lawyer who said, “I filed your brief today” and never even wrote it…go to DIVORCE and LAWYERS