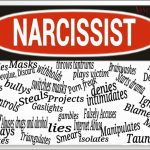 This is a guest blog that will  blow you away with the depth and breadth of knowledge and insight to a question on many people’s minds about how accountable a narcissist is for their behavior.  The twists and turns through various avenues of experience, from boardroom to bedroom, to explain the narcissist make this a dynamic read.  Thank you Alexander Burgemeester for this post. You can find more of Dr. Burgemeester at his blog The Narcissistic Life .

Can You Hold a Narcissist Accountable for Anything?

To explore this question I want to take a twin track approach using the conclusions from the first track to inform the second.  It is a truism that narcissists are often successful in their business dealings but less so in their private life and relationships.  This may be due in part to the different reading of the narcissistic personality in the two contexts and the manner of accountability relations in both.

Successful Traits of a Narcissist

Narcissists have a well-defined, and what many people may consider, profoundly unattractive personality / behavioural traits.  Many of these traits have the prefix “self” with the addition of “centred” “regard” and “assured”, in other words they are overconfident and selfish. Add to this a high sense of entitlement, a constant need for attention and a desire to be admired and you have a recipe for a person who typifies many CEO’s, politicians and the odd president elect. Despite their lack of empathy, it has been established that many emerge as leaders

Research has suggested that it may be the perceptions of the narcissist’s behaviour which may affect their positioning in organisations. In interview situations or board type meetings narcissists are supremely confident and because of this others may fall in behind them.

The capital structure of finances in our western economies is largely dependent upon “confidence”.  Investors move their money to organisations which tell “the best story”.  The value of a company then may not be wholly dependent upon how good the product is or how much is sold (this is doubly so in the service sector) but in how confident the investors are in the value of their investment – the original self-fulfilling prophecy.  In these circumstances a narcissist can be held to account in terms of shareholder value for a time at least.

What Research Tells Us

In teams too, there appears to be a similar thing going on. Shilpz et al(2011)  suggested that creativity in groups and working towards a successful outcome can be dependent upon the mix of personality types  in the group (no shit Sherlock you might think) but it appears according to Goncalo and Flynn (2010)  that having a small number of narcissists in the group may aid creativity and performance in a project. What appears to happen is that narcissists are not shy in putting forward their ideas about new ways of doing things.  When objectively evaluated their ideas are no better than anyone else’s but the sheer force of their personality and conviction mean that other people come on board with it, run with it and make it work, thus reducing the time that people may hesitate about the way to go about solving a problem when there are many possible solutions.

The shared group memory becomes one of success, the team is hailed as creative, and the narcissist becomes the legend.  In the long run this does not work because groups can become dens of raging groupthink.  For more information on this see Janis and Mann 1972 and the now once again topical “Bay of Pigs” disaster for further details – Kennedy after all was a prime narcissist.

Enron is perhaps an example where all the nasty little chickens morphed into vultures and came home to roost, damaging the US energy markets and wrecking the lives of the small investors – many who had their entire pension savings invested in the company that went from riches to rags in a few short hours. Kenneth Lay and Jeffery Skilling created an energy company which traded on shareholder value or confidence rather than actually trading in energy. They invented an accounting method which booked future potential profits as actual an “original” type of fraud which saw accountancy firm Arthur Anderson disappear in a cloud of lost credibility too.  Of the two Narcissists, only Skilling went to prison and only for 10 years.  Lay, dying of a heart attack whilst awaiting sentence may have received a different sentence. Were these narcissists held to account ? The answer is that at best, only partially.

Where the US leads the UK always follows a few years behind but with “gongs” – they knight their narcissistic captains of industry.  Sir Fred Goodwin lost his knighthood for being at the helm of RBS during the financial crash and Sir Philip Green presided over the collapse of a beloved national iconic chain so shops and its pension scheme whilst being hailed a “great “ success. Will accountability strike him? I am not sure.

Can You Hold The Narcissist Accountable?

Being married or in a relationship with a Narcissist is a totally different ball game.  There are no investigative journalists for narcissistic abuse of power in personal relationships.  Narcissists tell lies, break promises, demand attention and demean those who love them.  When frustrated they behave like toddlers having a tantrum and they make even the most intelligent and reasonable partner doubt their own integrity and intelligence: “could I really be so horrible to her/him ?”

A narcissistic partner will empty your bank account, make you spend your retirement savings on a hare brained scheme, spend all spare cash on themselves and deeply control you and any children you have , often demeaning you in public. And it is so hard to make it stop without walking away.

Unlike working relationships there is no audit committee for the amount of time and effort you will spend rescuing their ego, mending relationships and children they “break” and the shareholder value is totally embodied in one person, you.  Whilst you love them there is no way to make them accountable, because that is your weakness, you value, your investment and like the puppeteers at Enron, they will suck it all in and bleed you dry.  The only way to make them accountable is by learning manipulative tricks like asking them for their ideas:

“I don’t know how we can manage our finances better. I have set up a separate account for our bills, what do you think we can do” (this to a spendthrift partner)

You Never Beat The Narcissist

But once you go there you have lost haven’t you?  You have become the audit committee, the senate oversight, the FBI to their Frank Abagnale It appears that in business and in politics some of the time narcissists are held to account for their deeds, at least in part.  In marriage or families it appears that there is no earthly mechanism and that accountability must be elsewhere, for those who believe at least.

Alexander Burgemeester writes about Narcissism on his personal blog. He is a licensed Psychologist for 9 years and worked extensively with narcissists. He tries to answer questions from his readers and connect society with the tendencies of narcissists.