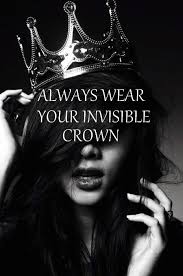 Sometimes narcissism comes from institutionalized oppression.  This is a story that happened to me long ago.  I married young the first time around between my sophomore  and junior years at the University of Pennsylvania, at age 18. We had 2 children and a marriage of 5 years.

This is a story of my eyes being opened, just as many  have eyes opened when the narcissism of life strikes.

Divorced, two kids, mid–20s, and recently moved to Palo Alto, California where the promised teaching job was nowhere to be found.

We rentedthe first floor of a large house not too far from Stanford.  It had two bedrooms and one bath, a large living room and a kitchen. I was running out of money when a letter from the children’s father brought depressing news: no child support.  I had already sold jewelry to pay off my student loans and buy food and was getting desperate so I decided to apply for food stamps.  At that time you paid a certain amount of money and received a certain amount of food stamps.   I gave them my financials, they told me how much to pay, and mailed the food stamps.

Fast forward a month.  My cousin came to town and stayed with us. We had a lot of catching up to do and at some point I told him about the food stamps. He was curious and asked about the process I went through, how much I told them I had in assets or income, and how much they charged me. He asked to look at the paperwork. He said, “They overcharged you. Call your worker, get an emergency appointment and let’s go talk to them.”

Go talk to welfare workers and tell them they are wrong and owe me money?  It sounds  like a crazy idea.  And had my cousin been anyone but the Director of the National Food Stamp Program at the Department of Agriculture, I would agree with you.

But there it was, this unlikely combination: the man who ran the program and a beneficiary of the program.

Off we went to the Welfare Office for an emergency meeting with not much time as he had a plane to catch that day.  It was an odd introduction to the worker: “I’d like to introduce you to my cousin. He’s the Assistant Secretary at the Department of Agriculture and Director of the Food Stamp Program.  He writes the regulations and tells me I am due a refund.”  He showed his badge and ID, and from out of nowhere came a huge book of rules and regs. The worker looked shocked, like we were pulling a fast one on her.  But my cousin is a nice guy and explained that she probably hadn’t been briefed yet on the new procedures of figuring out how much a recipient had to pay for what amount of food stamps.  She had started out saying no one makes mistakes like that and ended up asking how to figure out how much of a refund I was due.

There you have it.  In one easy, breezy encounter I became a Welfare Queen.  I got my refund. The next time I saw my worker she greeted me like royalty and  asked me to please warn her the next time I brought the head of the food stamps program and did I have any other relatives running national programs?

She said the entire office knew about the visit and that I was the first person, in California, as far as she knew, who ever got a refund from the Welfare Department. She called her supervisor and said,  “She’s here, do you want to meet her?” as if I had rock star status.

If anyone has ever had the experience of waiting in a government office, you know how long the wait can be, how you will not be attended to, or given much notice.  You will be abused for asking simple questions about the length of the wait time.  I, The Welfare Queen, am here to tell you, I never waited in that office ever again and was treated thereafter with respect. I  was on food stamps for another six or eight months. aAt each visit I sailed right through to my worker as young mothers with little babies were made to wait. When they asked how much longer, they were told to be quiet.  I silently wished them all my title and the respect given me, but most of all I wished them my temporary, not permanent, state of poverty. I knew I was there only until I could make it on my own and it wouldn’t be forever. And I knew the power of education and opportunity.

And I gently left my crown on a chair in the waiting room the last time I was there.

I suspect someone saw past its invisibility and wore it home and I hope her life was all she wanted it to be and she is respected and that she passes the crown on to someone else when she no longer needs it.  We are all royalty, poor or not. Poverty is not chosen and no one wants that burden. And yet we treat the poor as if they are the least of us. It’s a whole lot easier to win the game of life when people aren’t treating you like you don’t deserve to be in the game.