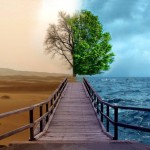 This is a true story of failure and success and what happened in-between. It’s a story of why a goal can make you happier and how failure is not your enemy. Losing your confidence is not the end of the world. Why? Because you can get it back, even if you have been victimized by choice or chance.

The 14 year old boy stood poised and prepared on the edge of the pool ready to dive in and swim. But he didn’t. Instead he tumbled and fell. It wasn’t just any edge but the edge of a pool during the Olympics and he fell into the water in front of thousands of people and TV audiences around the world. Humiliated at being disqualified before the starting gun had gone off, Park hid in the locker room for hours. Having trained for years for this moment, in a heartbeat it was over. Not just over, but over before it began. Not even a loss, just over.

He thought he could never show his face again. But over time something changed in him. He decided that his goal was unfulfilled and he would have to try again. Four years later he found himself not only competing again in the Olympics but the winner of a Gold medal in swimming. Park was the first Korean to ever win the Gold in swimming.

Between failure and success is a journey. It is a journey of power – the power to get things done which lies within each and every one of us.

People all over the world love spectator sports, including the Olympics. Nothing wrong with that unless we act as if life is one also. The most dangerous mindset is, “Not me, I can’t do that.” There is an old saying, “Whether you think you can or you think you can’t, you are right.”

Some Quick and Easy Tactics for Change

Success begins with the language you use. Whether you are talking to yourself, the kids, or the boss, the words you choose are a reflection of how you see the world and your place in it. Are you always apologizing? Do you begin sentences with, “I’m sorry to bother you, but…” or suppose someone bumps into you, do you apologize? There is a time and place for apologies, but that time isn’t ‘all the time’.

Do you do a bang up job pulling together a project of some sort and when praised, you reply, “It was nothing.” Just as an apology has a place, so does modesty, and there is a time and place for it, but again it isn’t ‘all the time.’ If you always say, “it was nothing.” then people will think you do “nothing” type of things. Or you will get paid less. Certainly you will get less respect than if you answered, “Thank you.” Simple wasn’t it? Someone said something nice and you responded with a thanks – not a put down of yourself.

Women get depressed more often than men. It’s complex why that happens (and men, although they don’t get depressed as often, when they do, it is a deeper depression than women’s.) We can analyze it from a psycho-social-cultural-genetic viewpoint, but this isn’t the time or place. What is an important take-away from the research is this: by becoming more confident, women become happier. Confidence can begin by changing your mindset of either “I can change” or “I can’t do anything about who I am.”

I coach women for divorce court. We play the “as if” game, I instruct them in all the ways for them to act “as if” they are calm, powerful, able to respond to hurtful questions, and in control. What we are doing is changing the mindset. By the time they are out of court they have become the change we programmed them for. You can do the same thing.

Begin with language. Watch what you say. Begin with calm because calm is always stronger than anger. Don’t be hostile. Hostility is not powerful. Do not say, “That is a stupid, stupid idea.” instead, say, “Under the circumstances that plan is not a solution for us right now.” If asked a hostile question, respond with calm, “That’s an interesting point of view. No, it isn’t mine.”

What kind of self talk do you use: happy talk or catastrophizing? If everything is always bad in the way you talk to yourself you can’t get the growth mindset you need to change the behavior which changes the story. No life is always perfect. Are you saying, “I lost my job, this is the end of my life.”? STOP! That’s catastrophizing. It isn’t productive and it is always weak. Immediately begin to think, “One door closes, another opens.” and then take it from there. People who make every event all about them are trying to put themselves center stage. Don’t people pay a lot more attention to people who thrive and take life storms as they come without despair.

Learn to define yourself practically. By that I mean instead of, “I am a devoted wife and mother and church goer.”, which is fine and dandy, but really, who cares? Your spouse and kids do, but not many others. Find something you do that sets you apart – department manager that everyone likes, bond raiser for the county library system, wrote legislation, fixed the budget of something, organized the mayor’s campaign, got thrown out of the space program (yes, that’s good – how many even get in?). You get the message. How you reframe or define yourself is very important. Appearing to be wise and or practical is rewarded.

If you don’t start, you can’t finish. If you don’t dream, you can’t reach the dream. Words, language, mindset, it’s all about communication whether that means self talk or cocktail party talk. Begin there – they are tools to build your confidence and your happiness will follow.

Don’t sabotage yourself. Don’t be your own worst enemy. Learn the secrets of women just like yourself – ordinary women who want to live extraordinary lives. You deserve to know how to reach a goal, bounce back from failure, talk to men (a different species!) and flourish. Life is short. C’mon over to http://www.powerguideforwomen.com if you need a boost.